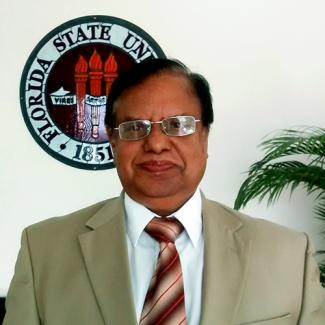 Dr. Mir N. Islam was born in Bangladesh in 1947 and received his M.Sc. degree in Biochemistry and Nutrition from Dhaka University. Under the sponsorship of Ford Foundation in 1969, he enrolled in the Department of Food Science at Louisiana State University from which he received his M.S. in 1971 and Ph.D. in 1972 respectively. After teaching at Southern University of Baton Rouge, LA for about two years, in September 1974 he joined University of Delaware as Assistant Professor of Food Science and Human Nutrition.

Initially at Delaware, Dr. Islam’s research focus was primarily food chemistry with an emphasis on food preservation. After his promotion to Associate Professor in 1979, he developed a strong interest in food technology education, research and extension activities overseas. Under the sponsorship of organizations such as USAID, NSF, Fulbright, and Inter-American Development Bank (IDB), he carried out professional assignments in Argentina, Bangladesh, Brazil, Costa Rica, Dominican Republic, Guatemala, India, Ireland, Mexico, Nicaragua, Panama, and Puerto Rico. He was promoted to full Professor in 1988 and since then maintained a strong research interest in nutraceuticals from tropical fruits, herbs and spices.

Dr. Islam took an early retirement from the University of Delaware and as of February 2011 he has been teaching nutrition as an Adjunct Professor of Florida State University- Panama campus. In addition, beginning July 2012 Dr. Islam assumed the position of Director of Research at the Universidad Inter-Americana de Panama (UIP) which is affiliated with the Laureate International Universities. He has 80 professional publications/presentations and 1 U.S. Patent. Dr. Islam served on many editorial boards and provided leadership in many professional organizations. He appeared on TV and radio programs. He is fluent in English, Spanish, and Bengali with a reasonable command over Hindi, Urdu and Arabic.