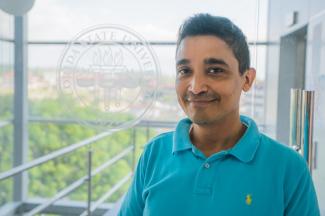 Dr. Javier Stanziola is an economist, playwright and novelist. He obtained his Ph.D. at Florida International University exploring the impact of artists and arts organizations on urban development.

He has worked as an Assistant Professor at Florida Gulf Coast University and University of West Florida in the United States and at the University of Leeds in the United Kingdom. He has published academic articles on cultural economics, NGO management, monitoring and evaluation processes in the creative industries and Panamanian theater.

He has received the Ricardo Miro Literary Award, the most important literature award in Panama, four times. His plays have been shown in Chile, Spain, Costa Rica and the United Kingdom.

He has served as a consultant for several organizations, such as the International Federation of Red Cross and Red Crescent Societies, City of Knowledge, UNDP, ECLAC, Fundación Espacio Creativo, Institute of Culture of Panama, and the British Red Cro