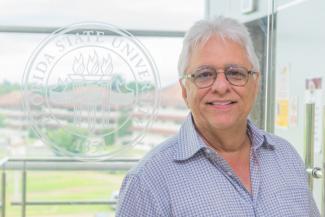 As a Latin Americanist, his main area of expertise is the Caribbean (with emphasis on Cuba) and Mexico, but he loves teaching the history of Brazil, a country where he lived while conducting research on Latin American export promoting policies as part of a project sponsored by the Organization of American States.

Dr. Leyva founded, and for many years coordinated, the Debate Club by training students and promoting fund-raising activities to facilitate their participation in the Harvard-led World Model United Nations Conferences held in countries such as Germany, China, Egypt, and Mexico.

His most recent book, Florida and the Mariel Boat lift of 1980, was the winner of the Florida Historical Society´s 2015 Stetson Kennedy Award.