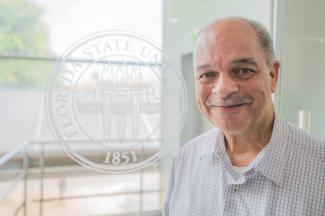 Rafael Pearson Hassán holds a MBA with specialization in Policy and Controls from the University of Michigan, Ann Arbor, MI; a Master of Engineering with specialization in Electric Power Engineering from Rensselaer Polytechnic Institute, Troy, N.Y.; and a Bachelor of Science in Electrical Engineering from Union College at Schenectady, New York. He is a registered Professional Engineer in the State of Florida and a Licensed Electrical Engineer in the Republic of Panama.

His career with Florida State University – Panama began in 1983 as adjunct faculty for Business Administration, Mathematics, and Computer Science Courses. The last years he has been the instructor for Business Statistics, Quantitative Methods for Business and Calculus for Business courses. He has been professor in Panama in the Graduate MBA Program of Santa María La Antigua University and at NOVA University-Panama Branch.

During his professional career, he worked from 1971 to 1992 with IRHE (Electric Power Utility) where he held Technical and Administrative positions. While with IRHE he made great contributions to the design, strategic planning, construction and operating rules for the development and Integration of the National Transmission and Distribution Electric Grid of the Republic of Panama.

He has been associated with ACP participation as Auto-generating Agent of the Electrical Market in Panama; Manager of Commercial Electrical Retail Outlet with Grupo Triangulo; and Manager of Electrical Department at Santa Rosa Sugar Mill Factory.

In 1985 he was elected President of the “Panamanian Society of Engineers and Architects – SPIA” and of the Technical Board of Engineers and Architects of the Republic of Panama. Among the several positions held in SPIA he has been Society Comptroller and Director of the College of Electrical, Mechanical and Industry Engineers – CIEMI. In 2015, he was recipient of the Juan B. McKay Medal as distinguished professional of CIEMI, and in October 2016 was elected to the “Academia Panamericana de Ingenieria” of UPADI.